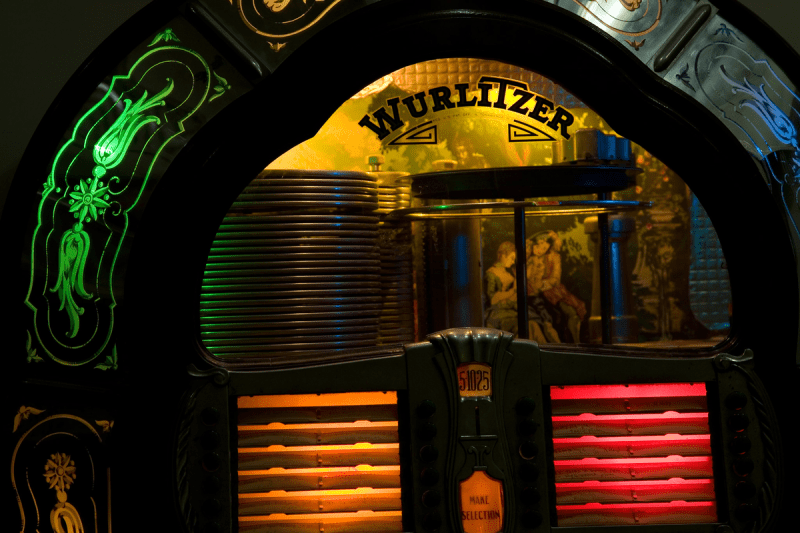 We don’t always acknowledge it, but most people have an innate need for music. Think of all the technology that brings us music. For decades, most of the consumer radio spectrum carried music. We went from records, to tape in various forms, to CDs, to pure digital. There are entire satellites that carry — mostly — music. Piracy aside, people are willing to pay for music, too. While it isn’t very common to see “jukeboxes” these days, there was a time when they were staples at any bar or restaurant or even laundrymat you happened to be in. For the cost of a dime, you can hear the music and share it with everyone around you.

Even before we could record music, there was something like a jukebox. Coin-operated machines, as you’ll recall, are actually very old. Prior to the 1890s, you might find coin-op player pianos or music boxes. These machines actually played the music they were set up to play using a paper roll with holes in it or metal disks or cylinders.

That changed in 1890 when a pair of inventors connected a coin acceptor to an Edison phonograph. Patrons of San Francisco’s Palais Royale Saloon could put a hard-earned nickel in the slot and sound came out of four different tubes. Keep in mind there were no electronic amplifiers as we know them in 1890. Reportedly, the box earned $1,000 in six months.

Imitators soon followed, sometimes in the form of companies that made player pianos or other instruments like Wurlitzer. Typically, the coin mechanism would unlock the crank you had to turn to wind up the old-style phonograph. The song you heard was the record on the player. That changed in 1918 when an inventor figured out how to stop and restart a record automatically. By 1927, the American Musical Instrument company had a jukebox that allowed you to pick among two sides of ten records, for a total of twenty selections. Keep in mind, that these machines weren’t called jukeboxes yet, but you’d clearly recognize them as one today.

Around the same time, Seeburg — a player piano maker — built a coin-op box with an electrostatic speaker and could pick from one of eight complete turntables. The very first models played the records in sequence, but the 1928 Autophone could select from the eight songs available.

Most of us can probably imagine how we would build a controller to play a few records on demand. You could stack the records and use multiple needles. You could put the records in a holder that rotates. There are probably a dozen other ways you can think of. But consider this: during most of the jukebox’s life, there were no microcontrollers. Everything had to run with switches, solenoids, timing motors, cams, and things like that. Want a look inside a typical jukebox? Watch the video below.

By the 1940s, jukeboxes begin looking less like furniture and more like the showpieces you think of today. That’s about the time the name was coined, as well. It would be the 1950s, though, before the classic 45 RPM singles would replace other media in the boxes.

Jukeboxes started to get fancy right before World War II, with lights and moving features. During the war, though, unnecessary production was banned, so machines went back to basics for a while. After the war, though, the machines got more and more grand to attract attention.

One thing that became very popular was a wallbox. This was essentially a remote control for the jukebox that allowed, for example, restaurant patrons to pay for and select music from their seats.

When radio became prominent, it seemed to doom the record industry, but it didn’t. The jukebox was a key consumer of records and some estimate that in the 1940s, three-quarters of all records produced in the United States wound up in a coin-op box. By the 1960s, though, the jukebox became less popular, even though around this time the started playing in stereo — a novelty, at the time.

They are still around though, just not as prevalent. A modern jukebox is most likely found in a bar and either uses CDs or digital music, possibly downloaded over the Internet.

One popular brand of jukebox that started in the 30s was the Rock-ola. Named after rock music in the 1930s? Actually, no. The company was founded by reputed mobster David Rockola and also made scales, furniture, and rifles for the military. Despite the 1922 blues ballad, “My Man Rocks Me (With One Steady Roll),” the term “rock and roll” didn’t enter music parlance until the 1950s and, in fact, was actually a euphemism for something completely different before then.

Rock-ola wasn’t the only jukebox company associated with organized crime. AMI — formerly the American Musical Instrument company — was reputed to be run by mobsters for a time. In 1949, Chicago mob boss Mooney Giancana took over a jukebox distributor who operated a network of machines. From there, the mob systematically took over other distributors including Century Music company who operated 100,000 machines in 1954, out of a total of around 575,000 machines in the country. The whole affair was subject to a congressional investigation in 1958 where it was revealed that some jukebox operators were even murdered to take over their routes.

Jukeboxes were once so popular, that if you were having a drink or a meal, there was bound to be music. In fact, research showed that if the jukebox was playing, it was more likely to be fed more coins to keep playing. To that end, distributors used to paint nickles a certain color — usually red — and leave them with the owner. When the operator took the money out of the jukebox, the colored coins were not part of the profit sharing.

In addition, sometimes you didn’t want to hear the jukebox. For the cost of a song you could play a blank record called “Three Minutes of Silence.” For some machines, it was the most played record at times.

We’ve known people who enjoyed restoring old jukeboxes. However, their relative scarcity makes it expensive to acquire any good ones, unless you happen to get lucky. If you get a real junker, you could trash the insides and do something more modern. There’s no reason, of course, that you can’t build your own from scratch.

58 mins ago admin
Welcome to MalwareDefinition.com