Well, the world is changing. You can probably do a lot more direct damage with a XSS in a high-value site than with a local privilege escalation in sudo […] – lcamtuf@coredump.cx

If you are intrigued by sophisticated exploits and advanced techniques, Cross-Site Scripting isn’t probably the most appealing topic for you. Nevertheless, recent events demonstrated how this class of vulnerabilities has been used to compromise applications and even entire servers.
Today, we are going to present a possible attack scenario based on a real-life vulnerability that has been recently patched by the Meraki team. Although the vulnerability itself isn’t particularly interesting, it is revealing how a trivial XSS flaw can be abused to subvert an entire network infrastructure.

Meraki is the first cloud-managed network infrastructure company and it’s now part of Cisco Systems. The idea is pretty neat: all network devices and security appliances (wired and wireless) can be managed by a cutting-edge web interface hosted in the cloud, allowing Meraki networks to be completely set up and controlled through the Internet. Many enterprises, universities and numerous other businesses are already using this technology. 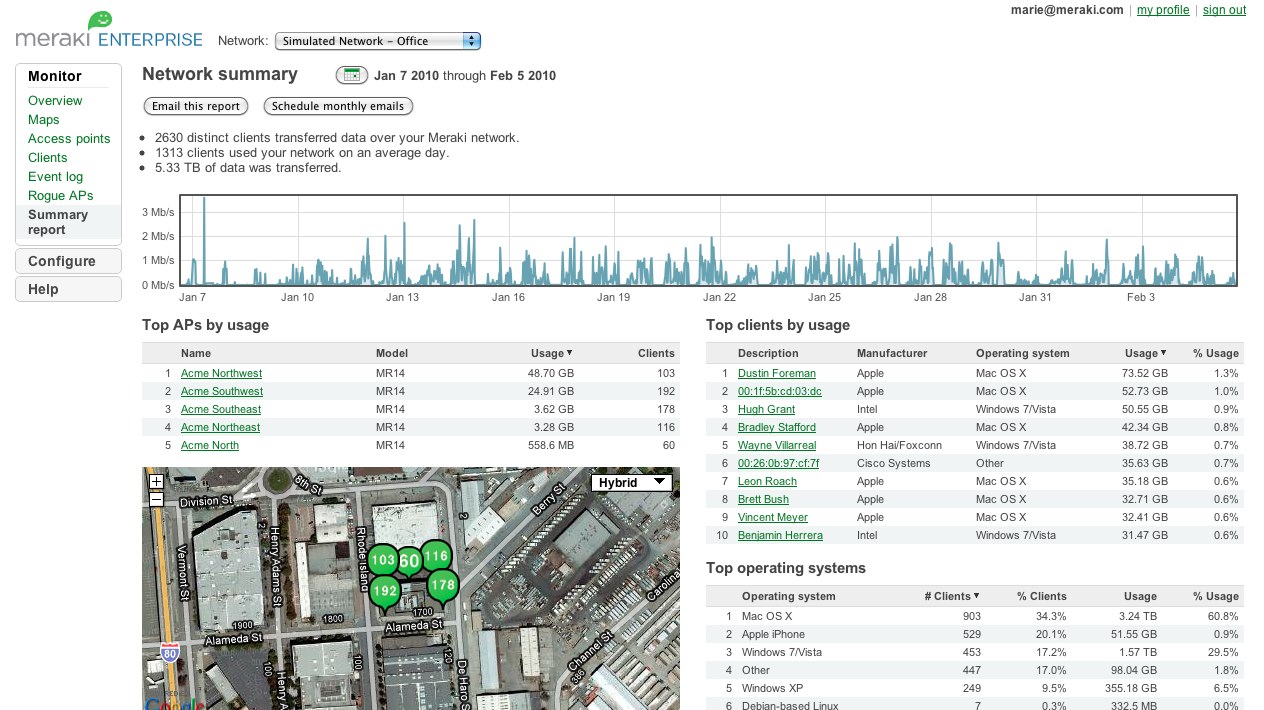 As usual, new technologies introduce opportunities and risks. In such environments, even a simple Cross-Site Scripting or a Cross-Site Request Forgery vulnerability can affect the overall security of the managed networks.

During a product evaluation of a cloud managed Wireless Access Point, we noticed the possibility to personalize the portal splash page.  Users accessing your WiFi network can be redirected to a custom webpage (e.g. containing a disclaimer) before accessing Internet.
To further customize our splash page, we started including images and other HTML tags. With big surprise, we quickly discovered that just a basic HTML/JS validation was performed in that context. As a result, we were able to include things like:

What was even more interesting is the fact that the splash page is also hosted in the cloud. Unlike traditional WiFi APs where the page is hosted on the device itself, Meraki appliances use cloud resources.

To protect that page from random visitors, a unique token is used for authentication. Assuming you provide the right token and other required parameters, that page is accessible to Internet users.

Now, let’s add to the mix that Meraki uses a limited number of domains for all customers (e.g. n1-29.meraki.com, etc.) and, more importantly, that the dashboard session token is scoped to *.meraki.com. This factor turns the stored XSS affecting our own device’s domain to a vulnerability that can be abused to retrieve the dashboard cookie of other users and networks.

An attacker with access to a Meraki dashboard can craft a malicious JS payload to steal the dashboard session cookie and obtain access to other users’ devices. In practice, this allows to completely take over Meraki’s wired and wireless networks.

BeEF, the well-know Browser Exploitation Framework, has been used to simulate a realistic attack:

A demonstration video of the attack is also available:

For the interested readers, a few technical details are also shared:

This blog post is brought to you by @_ikki (NibbleSec) and @antisnatchor (BeEF core dev team).
Thanks to Meraki for the prompt response and the great service.

4 hours ago admin
Welcome to MalwareDefinition.com